The tests on Lake Geneva are confirmed: Nanuuk and her crew will sail for 5 days in real conditions 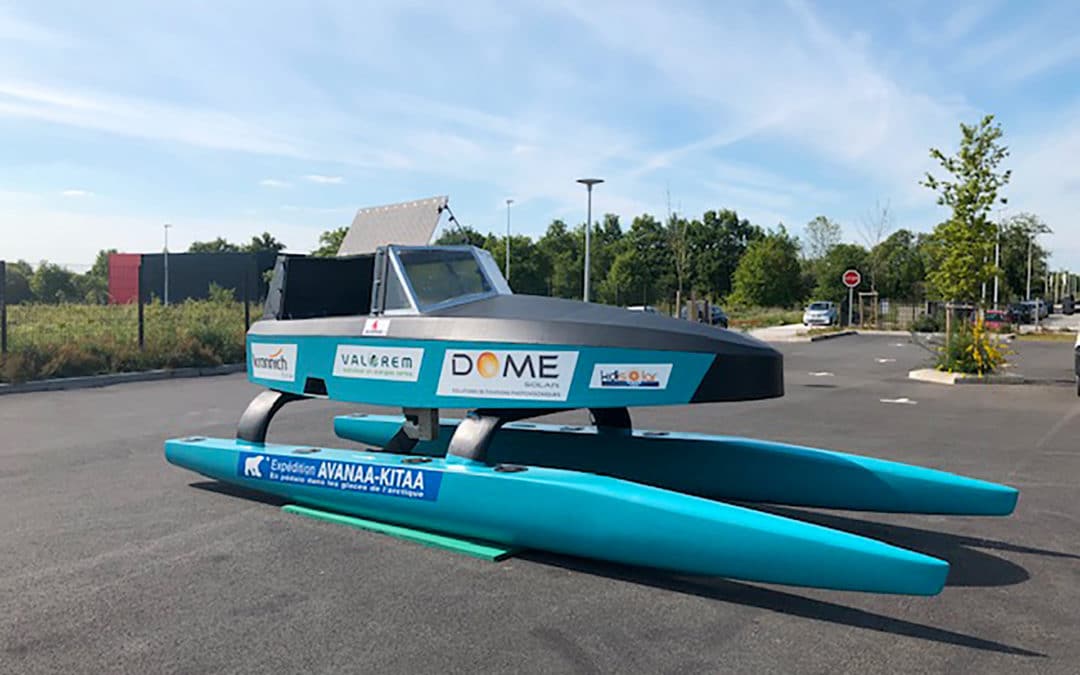 Benjamin Bergnes and Charles Manini, the two adventurous friends, will go to the Evian nautical base on the night of December 25th for a launch on the morning of December 26th. The program includes 4 stages of about 30 km each, since this is the average distance that must be reached in Canada.

Except in case of breakage or physical boredom, the Avanaa-Kitaa crew will be self-sufficient in energy, navigation as well as food and water. Several tests will be carried out such as testing their resistance to repeating long pedalling sessions, their average speed, experimenting with a new larger kite (6m² compared to 3 last time), checking the impact of the drift on their route, checking the new chain tensioners, etc.

In short, a more than busy program for our adventurers to whom we wish, of course, full success in this new stage!

As a reminder, the Avanaa-Kitaa expedition will bring together two adventurous friends on a pedal boat across the Arctic ice: 3,000 km and 100 days, such is the challenge that Benjamin Bergnes and Charles Manini (not to mention the team that remains ashore) are taking on, and of which Dome Solar is proud to be a partner. The departure is scheduled for June 2020.

We use cookies to ensure that we give you the best experience on our website. By continuing to use this website, you consent to the use of these cookies.Ok